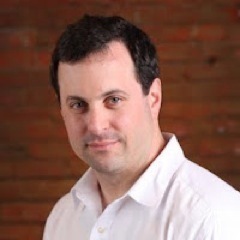 I would like to ring in the New Year by alerting you to a brewing race to the bottom on NBC. It features two unwitting contestants, Jenna Bush-Hager and Rosie O’Donnell. The operative double-entendre here is “unwitting”.

Jenna Bush-Hager is a correspondent on The Today Show, a program featuring six people who can barely stand each other acting like BFF’s. The Today Show stars the mature and knowledgeable Matt Lauer and a gaggle of nitwits, most prominently Al “I Just Don’t Care Anymore” Roker who delivers the world’s least informative weather report while taking pot shots at the tourists who flock to Rockefeller Center each morning hoping desperately for a few precious second of unearned air time.

Mrs. Bush-Hager is the daughter of former president George W. Bush – a man whose greatest life accomplishment is a portrait of his own feet. George W. made a lot of enemies while in office but he shares his greatest foe, the English language, with Jenna, who comes across as someone who considers herself a “veterinarian” because she doesn’t eat meat. Her chief assignment on The Today Show is interviewing members of her own family; there is something both morose and pathetic listening to a would-be newscaster interview two former U.S. presidents about former First Lady Barbara Bush, a woman to whom she refers on air as “Gammy”. Jenna’s recent expose into George W.’s painting was embarrassing on many fronts, not the least of which was the uncomfortable fact that both father and daughter were completely oblivious to the fact that the segment wasn’t fit for anything more intellectually developed than Sesame Street. This may explain why Lauer speaks to Bush-Hager much like a proud parent praises a child who just read its first book without any help.

Rosie O’Donnell is on The View, a daily bromide-fest in which four women try to discuss current events while giving second-rate actors like Jason Biggs a forum in which to prove that they truly are complete asses. Rosie’s cohosts include the always astute and balanced Whoopi Goldberg, Blond Republican Chick (name unimportant though she is also knowledgeable), and actress Rosie Perez. Noise, not knowledge, is O’Donnell’s stock in trade. During the Ferguson protests she evinced either an uncanny gift for hyperbole or a stunning ignorance of environmental nomenclature by referring to “black boys” as an “endangered species”. On a different episode Rosie opined that the United States should deal with the threat of international terrorism by adopting Gandhi’s policy of non-violent protest (not that she put it so eloquently). It’s difficult to explain the difference between imperial subjugation at the hands of the British (who wanted to beat the Indians into submission) and the genocidal ambitions of jihadists (who want to kill Americans) to someone who vehemently insists that she is never wrong. Even if Rosie understood that for Gandhi non-violent protest was a means to an end and for some reason still believed that Americans should allow themselves to be killed to forward a greater national interest, it is difficult to see Rosie shutting up for long enough to hear that there is a flaw in her logic.

As anyone who has suffered through five consecutive minutes of programming on The Learning Channel will attest, there is no shortage of morons on television. What makes the presence of Jenna Bush-Hager and Rosie O’Donnell worrisome is that both are considered “newscasters” by the NBC network. News by definition informs, and even in a wired world where broadcasts are agenda-driven we still want to have some confidence in the qualifications of commentators. Paul Krugman is an unabashedly liberal Democrat but he is credentialed as a Nobel Prize winning economist. Conservative commentators like former Republican National Committee chairman Michael Steele bring real knowledge of and experience in the halls of power. Bush-Hager and O’Donnell offer neither. One brings a surname, the other even less (O’Donnell’s feud with Donald Trump notwithstanding).

The networks long ago ceded the role of primary source for television news to the likes of CNN, Fox News, and MSNBC and there is a reason that excerpts from Walter Cronkite newscasts seem ancient. But some semblance of competence and knowledge is still important. In this race to the bottom, we all lose.