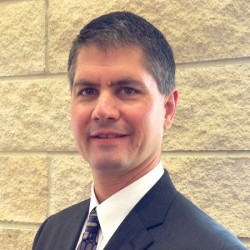 I have heard the saying that “Insanity is doing something over and over again and expecting a different result.”

Many on the internet debate who originated that quote or whether one could legally argue the psychological insanity of an individual based on this quote.  I would rather reflect on this as a metaphor and the all too common belief that things will just get better if we ignore them. While similar, but not related, Newton’s First Law of motion states that an object at rest or in motion will continue unless acted upon by an outside force.  A natural motion whether it is physical of fiscal will continue unless a separate act occurs.

Kahuna happens to exists in the middle of one of the greatest statewide madness debacles known to modern history.  Currently ranked 4th worst in the US for the largest state debt at just over $321 billion, Illinois is the epitome of a fiscal challenge which continues down a path of increasing debt.  Almost daily, every newspaper and TV news anchor in the state is reporting on the growing list of critics to the situation and those that don’t want to change.

Too often we are influenced only by the emotion of an issue, but fail to take a rational look at the situation outside of the emotional elements.  No one honestly wants someone to be out on the streets, to question proper fire or police protection, drive on roads that are dangerous, or our children to receive subpar education.  Unfortunately these forms of misrepresentation are the focus of the media and pundits to bolster their ratings or perception to the public.

Everyone is portrayed as needing assistance, but not wanting to give to help the overall cause.   This isn’t about the worthiness of any one department, group or need, but rather a focus on the merit in the long term choice to try to make a change and expect a change to occur.

I believe in a level of integrity that recognizes responsibility for any outcome, which can and will make a difference to everyone.  We don’t need to blame anyone for our challenges, and this realization should be carried into our public sector.  Making the conscious decision to accept this challenge and begin changing for a new tomorrow is the only chance to expect a different outcome.